Long before he became an IT recruiter, Glenn entered the industry as an IT professional himself, giving him valuable perspective in the work he does today. He got his start in 1984 as a software developer for Software Plus in Kansas City, designing and implementing PC accounting systems for small businesses ranging from jewelry stores to funeral homes.

Within four years he’d taken a position at Systems Consulting as an account manager, servicing the technology needs of Fortune 500 clients in Dallas and Kansas City. He grew his office’s technology staff more than 200% in the first two years, and soon became branch manager, leading his location to the honor of Corporate Office of the Year.

Those accomplishments led to Glenn’s recruitment by Real Time Consulting, a choice that paid off. He became the highest grossing account manager in the company’s history, leading the staffing of the Sprint ION project and recruiting top level software and telecom consultants from all across the United States.

Glenn then took a position at Midwest Consulting Group as Director of Recruiting, creating a team who led all branches in meeting sales and recruiting goals from 1999 to 2003.

In 2003, Glenn decided the time was right to tap into his experience and winning approach, co-founding Premier Tech Inc. Over the last 17 years, Premier Tech has expanded to over $8 million in sales with a client base of technology companies in Kansas City and the Midwest. 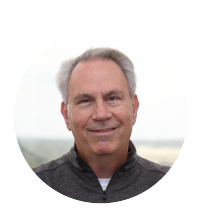 Now more than ever, relationships are key to success. We build and nurture connections that help us bring the right employees and employers together. Our team goes far beyond filling seats—we guarantee the best placement outcomes.